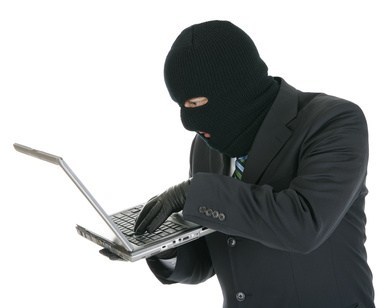 Spousal Email Hacking – Divorcing spouses should take heed that hacking the other spouses e-mail, Facebook, Twitter or other electronic accounts without their permission can lead to criminal prosecution. The Federal Government is actively pursuing e-mail hacking cases. During Sarah Palin’s 2008 vice-presidential run, David Kernell hacked into then Governor Palin’s Yahoo account. It did not take long for authorities to catch up with Mr. Kernell and charge him with the Federal crimes of identity theft, wire fraud, computer fraud, and obstruction of justice. Almost all hacking is a Federal crime since almost all electronic communication gets routed through many servers located in many states. Most recently, a man going through a divorce was criminally charged for spousal email hacking without her permission.

Leon Walker, is facing up to five years in prison for filing a document with the court that he obtained by accessing his wife’s email without her permission. Mr. Walker is being prosecuted under Michigan statute 752.795, which reads, in part:

Massachusetts has a similar statute, M.G.L. 266 § 120F. It provides a penalty for knowingly hacking a computer system without permission. The penalty is a lot less severe than Michigan’s statute. The statute provides for imprisonment up to 30 days and/or a fine of not more than $1,000.00. Additionally, there are other crimes in Massachusetts that someone in Leon Walker’s position could be charged with such as violation of fraud and privacy laws.

The bottom line is that using material obtained by hacking someone’s computer without their permission can have drastic consequences. What did Leon Walker gain from it? Although he was able to prove that his Wife was cheating, it is not necessary in Massachusetts because a party may seek a no fault divorce. Infidelity will rarely change a Court’s judgment.  Mr. Walker is facing 5 years in jail and the permanent stigma of being guilty of a felony. This criminal charge is not helpful in his attempt to gain additional parenting time with his children. Cleary, the negatives outweigh the positives.

Before a spouse decides to hack into the other spouses’ electronic account, remember the lesson from Mr. Walker and consider whether the benefits outweigh the negatives. I would say for Mr. Walker they did not.

Click on the following videos to listen to the parties: