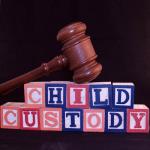 On March 19, 2015, the Massachusetts Appeals Court rendered Ventrice v. Ventrice, No. 13-P-1992 slip. op. (Ma.Ct.App. March 19, 2015). The Ventrice case was a highly contested divorce case that resulted in trial. After trial, the judge entered a judgment of divorce awarding the Mother custody over three of the parties’ four children. The trial judge’s ruling in this case was contrary to the conclusions reached by a court appointed Guardian Ad Litem, who concluded that sole physical and legal custody of the parties’ minor children should be granted to the Father. The Father appealed the trial judge’s ruling to the Massachusetts Appeals Court.The Appeals Court ruled in the Father’s favor and vacated the trial judge’s award of custody over three of the parties’ four children to the Mother.

In this case, the trial judge erred by not properly considering evidence suggesting custody be granted to the Father. A trial judge has discretion to determine the best interests of children. However, a trial judge’s findings must be sufficient to support the custody order. This means that a trial judge must consider all the relevant evidence or explain why such evidence does not warrant consideration. In this case, the trial judge did not address the Guardian Ad Litem’s findings that stated the Mother’s home was unkempt, there were serious health and safety concerns when the children were in the Mother’s care, and that the Mother could not adequately parent the children. As a result, the Appeals Court held that the trial judge’s custody award constituted a clear error of judgment and vacated the award.

This case is illustrative of the importance of standing up for your rights. If the Father did not stand up for his rights and bring an appeal, then three of his four children would be in his Ex-Wife’s sole physical and legal custody. While the facts in this case were favorable to the Father, the importance of working a Massachusetts family law attorney cannot be overstated.