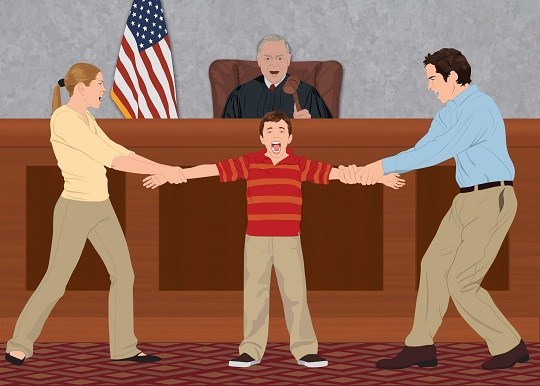 Bill O’Reilly is known for bringing controversial stories to viewers’ living rooms across America through his primetime television show The O’Reilly Factor on Fox News. However, his most controversial story to date may just be the custody battle ensuing between O’Reilly and his ex-wife over their two children. O’Reilly appealed the lower court’s decision granting primary physical custody to his ex-wife.

Similar to New York, Massachusetts courts have the power to determine legal and physical custody as defined under Massachusetts General Laws Chapter 208 Section 31. Physical custody refers to where the child will reside and which parent will be primarily responsible for the child’s care. Legal custody refers to which parent will have the right to make major life decisions regarding the child’s welfare. For example, if one parent has sole legal custody, that parent alone has the power to make educational, medical and religious decisions for the child. If the parents have joint legal custody, it will be the equal responsibility of both parents to make such determinations.

The court in the O’Reily decision relied on testimony from the children via a third party forensic examiner (known as a Guardian Ad Litem (GAL) in Massachusetts) that stated the eldest child preferred to live with the mother. Unfortunately, not all litigants can afford third party experts. If the economics allow, having a GAL provides the court with great insight into the children’s wishes.

Understanding the difference between physical and legal custody is just the first step. The second step is utilizing the tools available to the court to advocate your position to the court. A Massachusetts divorce attorney experienced in the field of family law can help guide you through this process.