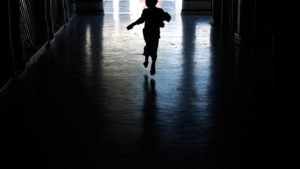 According to United States Department of Justice’s statistics, over sixty-nine thousand children are abducted each year. Many of these children end up living in countries outside the United States’ control. The following article explains both the civil and criminal options a Massachusetts’ parent has when their child is taken to India without their permission, under International Parental Kidnapping: India.

A Massachusetts’s parent whose child has been abducted and brought to India can file charges in federal court for International Parental Kidnapping under the International Parental Kidnapping Crime Act “(IPKCA”) located in the Federal Criminal and Penal Code. 18 U.S.C. §1204. The IPKCA states that anyone who 1) removes a child from the United States; 2) attempts to remove a child from the United States; or 3) retains a child outside the United States; with the intention of obstructing a parent’s parental rights under Massachusetts’s law has abducted their child. That person can be fined, imprisoned for three years or less, or both.

In Massachusetts, a legal parent has parental rights by law prior to any action in court. Commonwealth v. Beals, 405 Mass. 550, 541 N.E.2d 1011, 1015 (1989). These parental rights include equal rights to physical custody of the child. See Beals, 541 N.E.2d at 1014. Therefore, anyone who takes a child overseas, regardless of the existence of a court action, with the intention of depriving a parent of their parental right to physical custody has violated the IPKCA and is subject to a fine, imprisonment for three years or less, or both.

An example of the application of the IPKCA is the case of Dr. Fazal Raheman. Dr. Raheman, a former Massachusetts’s resident, abducted his children and brought them to India to prevent their mother from having physical custody. He was arrested and imprisoned upon his return to the United States. United States v. Fazal-Ur-Raheman-Fazal, 355 F. 3d 40 (1st Cir. 2004).

In sum, a parent should be extremely wary of allowing their child to travel outside of the United States with anyone. Depending on the country, it can very difficult to secure an abducted child’s return to the United States. An international custody attorney can assist you with your needs.