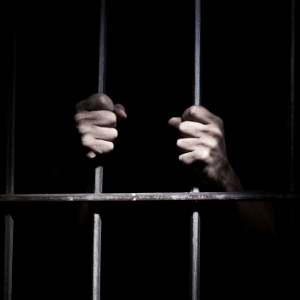 A lawyer in Ohio made national headlines a short while ago after she was held in contempt for refusing to obey a judge’s order to remove a political pin from her suit. While the term contempt is familiar to most people, few understand when and how it should be used, especially in the context of the Massachusetts Probate and Family Court.

Massachusetts General Laws Chapter 215 Section 34 permits the court to issue a contempt for a party’s failure to comply with a court order or judgment. A contempt can be brought at any stage of the litigation process starting with the first temporary order through the entry of a judgment. There are two types of contempt: civil and criminal. A civil contempt is remedial in nature. It is used where the complainant desires the contemnor’s compliance. A criminal contempt is punitive in nature. It is used when the complainant wants the court to punish the contemnor. In the Probate and Family Court, a civil contempt is more common because often the order/judgment benefits the complainant and as such, the complainant wants to coerce the disobedient party into compliance.

To initiate same, the complainant must file a Complaint for Civil Contempt. Once filed, a summons will issue that must be served on the contemnor. Additionally, a hearing will be scheduled.

In order for a judge to enter a finding of civil contempt, the burden is on the complainant to demonstrate by clear and convincing evidence that there was a “clear and unequivocal command and an equally clear and undoubted disobedience.” Larson v. Larson, 28 Mass. App. Ct. 338, 340 (1990). A common misconception among litigants and lawyers alike is that the elements of a contempt must include a finding of willfulness. According to Massachusetts case law, it is not necessary to show that the contemnor willfully disobeyed the command. Hoort v. Hoort, 85 Mass. App. Ct. 363, 367 (2014). Disobedience can include a showing of willfulness but it is not required.

A contemnor can avoid a finding of contempt by proving he or she is unable to comply with the court’s command O’Connell v. Greenwood, 59 Mass. App. Ct. 147. Proof of inability is on the contemnor. Further, if the judge finds that the alleged contemnor misunderstood the command, a contempt will not enter. Wooters v. Wooters, 74 Mass. App. Ct. 839 (2009). In finding a party in contempt, the court can order the party’s compliance and or imprisonment as well as payment of the complainant’s reasonable attorney’s fees and costs.

If you are thinking of filing a Massachusetts complaint for contempt or find yourself the defendant of such an action, do not hesitate to contact an experienced family law attorney for assistance.