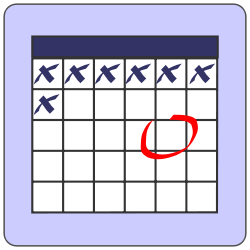 Marital Asset Distribution – Although Ben Affleck will be starring in the highly anticipated Batman v. Superman movie in 2016, it is his divorce from fellow actress Jennifer Garner that is keeping him in the limelight. Ben and Jennifer filed for divorce in June 2015. However, their divorce has yet to be finalized. While many people hope that this delay increases the chance of reconciliation, it also increases the length of the marriage and the size of the marital estate.

The Appeals Court of Massachusetts recently discussed how to determine the length of a marriage and its effect on the marital estate. In Valaskatgis v. Valaskatgis, 87 Mass.App.Ct. 756 (2015), a husband served a complaint about divorce on his wife in August 2012. The couple did not enter into a separation agreement for over a year, during which time the husband earned more than $90,000 working overtime. The husband thought the marriage ended with service of the complaint, as defined in the Alimony Reform Act of 2011, and therefore his extra earnings would not be part of the marital estate. The judge disagreed, stating that the marriage did not end until the date of the parties’ separation agreement.

The Appeals Court affirmed this decision, reasoning that the definition under the Alimony Reform Act of 2011 applied only to alimony. Outside of alimony, the length of the marriage is a determination that is largely up to the discretion of the judge. The Court emphasized that the distribution of the marital estate should be equitable and in trying to achieve that goal, the judge can look beyond the service of the complaint and in some cases can even look to those assets a spouse may obtain after the divorce judgment enters.

In sum, while marriage may feel over the day the divorce complaint is served, it is not for purposes of the marital estate. This determination is critical for understanding which assets will become part of the marital estate and therefore subject to division. In these situations, a Massachusetts Family Law Attorney is great resource to help guide you through this process and minimize any confusion during an already overwhelming time.