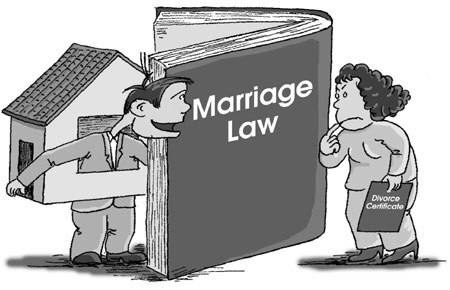 Divorce rates are rapidly rising in China. According to China’s Ministry of Civil Affairs, there were 3.5 million more divorces in 2014 than in the previous year, constituting an increase of 13.5 percent. Divorces are complex legal affairs and international divorces are especially complex. If you were married in China and are now living in Massachusetts, it is important to know your rights in the event of an International Divorce: China.

Division of Marital Assets. Proceedings to divide marital assets will be bifurcated. Marital property located in Massachusetts will be divided by Massachusetts’s courts in accordance with Massachusetts General Laws, Chapter 208, Section 34, or by agreement of the parties. Whereas, marital property located in China will be divided in accordance with the Marriage Law of the People’s Republic of China, Art. 39, or by agreement of the parties.

In sum, the complexity of international divorce cannot be overstated. The case of Shao v. Ma, 68 Mass. App. Ct. 308 (2007) illustrates this point. In Shao v. Ma, a trial judge incorrectly applied Massachusetts’s version of the Uniform Child Custody Jurisdiction Act, as well as Massachusetts’s common law regarding marital asset division in a divorce between two Chinese citizens who married in China but were living in Massachusetts. The Appeals Court vacated the trial judge’s decision that Massachusetts’ Probate and Family Court did not have jurisdiction to decide issues of child custody and division of marital assets.