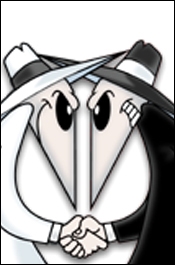 The use of electronic correspondence is not new in divorce court. Parties have been using Facebook, MySpace and blog postings as evidence in Court to help support their positions. The following is a particularly spectacular story of how two spouses used Facebook as part of a custody battle to get evidence of the other spouse’s poor parenting skills. A teen girl friended the father/husband, David Voelkert, on Facebook and he immediately became suspicious that it was his wife. He accepted the invitation, and then what he did next led him to being charged with several federal crimes and having to spend four days in jail as reported by the Smoking Gun. Read more about divorce, facebook and spying.

The father, suspecting that the teen who friended him was really his wife, pretended that he had no clue it was his wife. Before saying anything that would eventually get him in temporary trouble he drafted a letter explaining his plan and had it notarized.

Voelkert told the teen that he wanted to knock off his Wife so that she would no longer interfere in the children’s lives. This led her to contact the authorities that eventually arrested him. After four days in jail, he was able to get the charges dropped after proving via the notarized letter that he knew all along that his wife controlled the Facebook account.

Using Facebook and other forms of social media during a divorce should be done with caution. It is important to remember that everything that is posted online can be used in court. This does not mean that Facebook and other forms of social media should not be used during a divorce. There are means of enhancing the privacy of the account in order to limit who can access the information. While parties are getting divorced they must be very careful with their online behavior. Any inappropriate behavior may come back to hurt them in court.