Spendthrift Trusts and the Marital Estate [Part II of III] 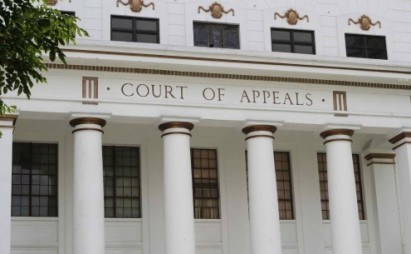 Following Part I in this three-part series on the Pfannenstiehl v. Pfannenstiehl case, this post discusses how the majority opinion as well as the dissenting opinion handled a spendthrift trust interest in relation to the marital estate and its subsequent division.

The Appeals Court affirmed the lower court’s decision to include the husband’s interest in the family trust as part of the marital estate. In deciding same, the majority commented that while there were two trustees, the husband’s brother and the family’s attorney, neither was truly impartial due to their interest in the family businesses and the stocks constituting the corpus of the trust. Further, the majority stated that the termination of trust distributions was a deliberate act of the trustees to thwart the wife from receiving any of said funds. Additionally, the majority noted that the spendthrift provision of the trust did not automatically exclude it from the marital estate, as the husband tried to assert. Lastly, the majority highlighted the existence of an ascertainable distribution standard within the trust preventing purely discretional distributions. Specifically, the standard ordered the trustees to provide for the support, welfare, health and maintenance of the beneficiaries. Consequently, the husband had a present enforceable right to distributions from the trust, thereby warranting its inclusion in the marital estate and its subsequent division.

The dissent conceded that the existence of the spendthrift provision did not automatically exclude the trust and that the trust had an ascertainable standard. Notwithstanding same, they emphasized that these were just two portions of the instrument that, when viewed in light of the whole, did not cure its speculative nature. The dissent identified that the trust had an open class and multiple beneficiaries in numerous generations. Consequently, the inclusion of the trust in the estate affected the beneficiaries’ interests and made the judge’s determination that the husband had an one-eleventh interest inaccurate. Additionally, despite the existence of an ascertainable standard, the trustees still had discretion over the amount and timing of any distributions and were permitted to evaluate numerous factors in deciding same. Further, the dissent stressed that the majority erred by focusing primarily on the conduct of the husband and the trustees rather than the trust instrument.

While two courts thus far agreed that the husband’s spendthrift trust interest was properly included in the marital estate, it is now up the Massachusetts Supreme Judicial Court to make the final determination. Stay tuned for Part III of this series analyzing the impending decision.